Diarrhea After Meals:  The Case for Intermittent Maldigestion Condition and not just “Irritable Bowel Syndrome”

Individuals have complained of increased bowel movements, which are sometimes urgent or watery, and may occur at the most inconvenient times:  when under major stress such as giving a talk, taking an exam, or if concerned about a love one in the ER.  However, frequently the acute change in the stools occurs after eating a specific food or just eating something different with the family and not while under stress at all. Without a clear etiology, physicians have labeled this condition as “irritable bowel syndrome” or “spastic colon” when routine tests such as a colonoscopy or standard blood tests are normal.  Patients are told “nothing is wrong” except you have “spastic colon”, further investigation ceases, and patients are given medications to slow down the intestinal motility.  These drugs, unfortunately, fall short of helping the patient.  In fact, because of the existence of this “well established” diagnosis, most physicians feel that no further testing is necessary at all and encourage the patient to reduce their stress, a most unsatisfactory message for patients who are experiencing the problem.

The current Rome III criteria require only that a patient experience recurrent abdominal pain or discomfort for at least 3 days per month in the last 3 months associated with 2 or more of the following symptoms and does not inquire into what precedes these such as eating.

Without asking whether a person’s problem begins following eating, the physician consequently will not usually consider that the problem may be due to Maldigestion as the case below demonstrates.

The patient is a 43-year-old female who had been experienced episodes of diarrhea for approximately 11 years. The diarrhea episodes would occur 2-3 times weekly, usually approximately 2-4 hours after eating either a spicy meal, corn, green beans, lima beans, oranges, cheese, salads, milk products, or something with garlic or tomatoes.  She would experience increased severe cramping that would be relieved after having 3-5 loose, or watery stools.  Occasionally, if she ate late, she would have bowel movements in the middle of the night.  Her mother, a cousin and uncle on her mother’s side, and a cousin on her father’s side all have similar digestion problems. Since the patient had never had a colonoscopy, she was referred to a gastroenterologist.  Her colonoscopy, colon biopsies for microscopic colitis, serology for celiac disease, and small bowel follow-through were normal.  Therefore, the gastroenterologist diagnosed her as having “irritable bowel syndrome-diarrhea” and treated her with a probiotic.  Her symptoms continued and she returned to her PCP who ordered a Sudan stool test for fat, which was positive, and subsequently a Fecal Elastase-1 which was normal.   Pancrelipase was subsequently prescribed before eating any “trigger meal”.  The patient has now been taking the Pancrelipase for 18 months on demand, and no longer the diarrhea or pain.

The question is then, “why does eating something result in the diarrhea in certain individuals?”  Lactose intolerance is a well-recognized condition causing severe diarrhea among some patients and only mild cramps in others when a mild product is ingested.  It turns out that the enzyme to digest milk is found in the small intestine.  Besides lactase, there are numerous other enzymes (alpha glucosidases or disaccharidases) that are necessary for the digestion of starches.  What is even more interesting, however, is the fact that some foods have been found to be able to “turn off” or stop these enzymes from working.  Examples of the foods include onions, garlic, tomatoes, etc which contain quercetin.  Amylase, one of the ingredients in Pancrelipase, actually has been shown to increase the production of the intestinal enzymes.  Thus, by taking Pancrealipase before consuming the “triggering” food, a person may prevent the “down regulation” and the diarrhea.  Research done by Dr. Buford Nichols in Texas has identified that 22% of children with the diarrhea occurring after meals actually cannot digest starch.

Besides the possibility of a Maldigestion of starch due to a possible dysfunction of the intestinal enzymes, patients may have a mild pancreatic insufficiency and are unable to produce their pancreatic enzymes that help digestion naturally.  Some reports have suggested that 25% of type 2 diabetics may have this problem.  In addition, other patients may have problems with the re-absorption of bile salts from the intestine which can also cause diarrhea.

At the current time, it is important for patients to be aware that there are potential treatments available for those who are suffering with diarrhea or abdominal pain that is occurring after eating.  The ones that I am current using for my patients include:

Essential Enzymes 500 mg (by Source Natural), an over the counter enzyme (1-3 before eating any “trigger meal” or daily as needed.

ZenPep 20,000 lipase (by Eurand Pharmaceuticals), a prescription drug (1-3 before eating any “trigger meal” or daily as needed.

Welchol 625 mg (by Daiichi Sankyo, Inc), a prescription drug (1-3) before eating any trigger meal or daily as needed.

I am happy to see patients who have this problem or consult with their PCP’s by phone. 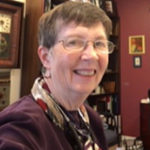 Dr. Mary E. Money grew up in Fairfax County, Virginia outside of Washington DC.  She attended Westhampton College of the University of Richmond for 2 years; in 1970 received a BS in Biology along with being named to the Phi Beta Kappa Society from the University of New Mexico; and returned to the … END_OF_DOCUMENT_TOKEN_TO_BE_REPLACED

About Christine A. Feathers RN, CRNP 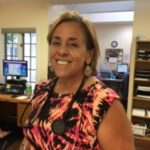 Christine A. Feathers was born in  Pennsylvania,  and spent most for her youth  on the family’s dairy farm where she learned to ride horses at the age of  five as well as how to care for livestock and hunt. In 1978 she attended Pennsylvania State University in State College, PA, the first in her … END_OF_DOCUMENT_TOKEN_TO_BE_REPLACED 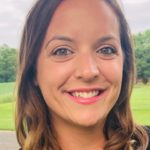 Lauren Kessler grew up in downtown Frederick, MD.  When she graduated from high school and realized she wanted to follow in her mother's footsteps, she pursued a career in nursing.  Lauren worked as a nursing assistant in long term care and at the hospital on a trauma/ortho unit.  She worked full … END_OF_DOCUMENT_TOKEN_TO_BE_REPLACED

Dr. Ever Ponciano grew up in Hyattsville, Maryland.  He went to the University of Maryland in College Park, where he attained two degrees, one in Biochemistry and one in Cell Biology and Molecular Genetics.  He was part of the Honors Program and received Howard Hughes Fellowship to carry out … END_OF_DOCUMENT_TOKEN_TO_BE_REPLACED